New York City’s culinary reputation has been long upheld on the backs of deli bagels, pastrami, and New York Style cheesecake. While delicious, the culture of New York the world knows today relies on the diverse backgrounds of those who have settled there over generations. Every neighborhood has a different cultural story to tell, and stories are best told through great food. New York’s big city landscape is the perfect playground for any foodie looking to explore international flavors in a matter of blocks: the perfect destination for LifeSpice’s May 2019 Culinary Council trip. 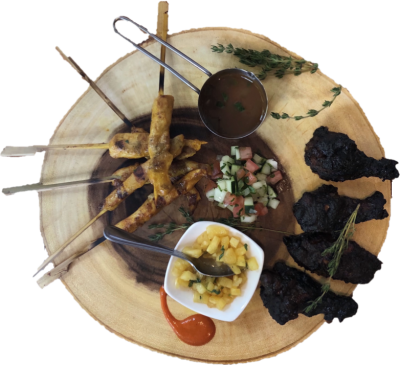 Seeking Middle Eastern, African and Asian flavor profiles, our team settled in the Williamsburg neighborhood of Brooklyn. Brooklyn is home to plenty of internationally influenced cuisine, a great starting point when seeking endless worldly flavor inspiration. The Culinary Council sought out fast casual, fine dining, and everywhere in-between locating new trends, fan favorites, and old classics that appeal to New Yorkers and tourists alike. Local chefs, award-winning establishments, and popular institutions serve as a guide when deciding which businesses will have the flavors and ideas our team craves. From five-star dining to outdoor markets, nothing was off-limits. 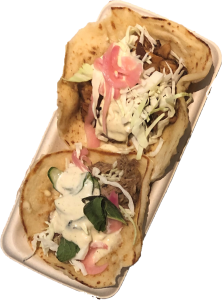 The strategy was simple: divide, conquer, and eat. Our Culinary Council team of nine wanted to taste as much as possible in the Big Apple, but devouring all the culinary genius New York has to offer in only three days is nearly impossible. Splitting up in three groups by primary international interests – North African & Middle Eastern cuisine being one, Asian fusion the other – allowed for more attentive and interesting tastings of ethnic trends and New York classics. Separate tastings during the day, followed by a group dinner in the evening, makes exploring all the flavors of the city possible. Finally, a cooking class mixed into the schedule taught our team some new, authentic techniques and cooking tips from the cultures we were hoping to explore.

Restaurant menus can be daunting, especially when discovering new and innovative flavors is the mission at hand. The pressure is on to decide what flavors are fresh and different, versus the culinary one-hit wonders. The deciding factor? Surprise. When a plate’s ingredients, form, and flavor details are thought out meticulously, it presents a whole new flavor concept. This transforms a meal from a mesh of ingredients to a flavorful story of the culture being explored. Overall, the responses to each restaurant were positive, but as expected, there were a few stand out joints that struck a chord. Sip-Sak, Berber Street Food, and Bāng Bar did not disappoint in this journey to seek the best international flavors of New York.

Sip-Sak, a Turkish fine dining restaurant in East Midtown, was the location of the first group dinner during the trip. Diving into the Levantine cuisine, flavors of aleppo, sumac, and za’atar filled the table, but it was the Muhammara dip that stole the show. Muhammara, a Levantine dip of peppers, walnuts, and pomegranate molasses impressed with its brilliant use of cumin adding a burst of flavor, accompanying the crunchy walnuts. 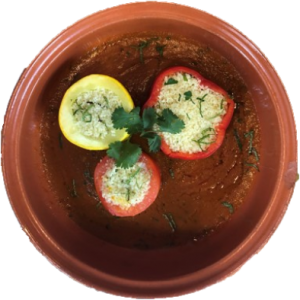 West Village’s Berber Street Food also features exceptional spice blends in their North African cooking, as featured in their house specialty Marrakech Vegetable Tagine. It is with no disagreement, however, that the Calypso Jerk Wings were a big team favorite. Marrying flavors of orange, molasses and five-spice with soy in a deliciously sticky sauce, Grub Street named these jerk wings one of best chicken wings in New York City, and our Culinary Council would agree. Paired with a mango salsa, this quick bite packs a powerful flavor punch. 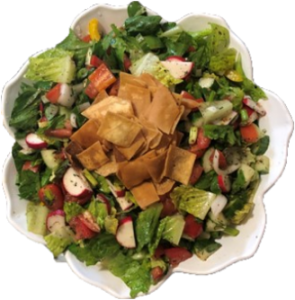 Salad Prepared by our team in Lebanese cooking class

There’s no better way to learn about how flavors work together than by doing the cooking yourself. That’s why the second day of the trip brought our teams to two Brooklyn homes of immigrant women from Lebanon and Uzbekistan for cooking classes. These classes further engaged our team in the cultures influencing the trending native flavors, while learning about the history and culture of these countries from someone who lived it. By preparing these dishes, the Culinary Council learned valuable information that can be translated to our products. Our team learned new flavor pairings, different ways to experiment with ingredients, and some new cooking techniques, becoming more creative with the flavor profiles we build for our customers.

Exploring New York’s flavorful neighborhoods invited thoughts of mint, soy, fermented chilies and more to overcome our senses and spark creativity. Since returning to Chicago, our Culinary Council has picked apart the best of what they ate, bringing new and inspiring ideas to our test kitchen. Whether North African influenced popcorn powder or a spicy Levantine steak rub come to mind, our Culinary Council remains hungry for more.